Vishwakarma Puja and its significance 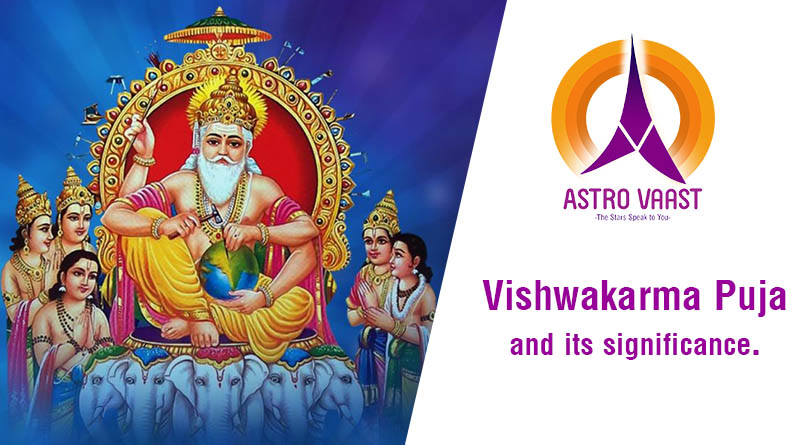 Vishwakarma Puja, also known as Vishwakarma Jayanti, is an important festival celebrated by the Hindu community. On this day, the divine architect or the architect of the Gods, Lord Vishwakarma is worshipped. The festival falls on the last day of Bhadra, known as Bhadra Sankranti. During this time, the sun leaves the Simha rashi (Leo) and enters the Kanya rashi (Virgo) so the day is also known as Kanya Sankranti Diwas.

As per Hindu religious belief, Lord Vishwakarma, regarded as the creator of the world, constructed Dwarka where Lord Krishna ruled. He is also credited with Sthapatya Veda, the science of architecture and mechanics.

According to legends, the son of Vastu Dev and Goddess Angisri, Lord Vishwakarma is also said to have constructed Ravana’s Pushpak Vimana, Lord Shiva’s Trishul, Indra’s Vajra (thunderbolt), Maya Sabha for the Pandavas, and Lord Vishnu’s Sudarshana Chakra. The famous Jagannath temple in Puri is also believed to be his creation. Other than this, he also built the city of Lanka and Indraprastha. In some texts, he is often stated to be the son of Brahma, whereas in others, he is called the son of Vastu.

Since Viswakarma is the creator of the world, it is believed by many that he existed before everything and he do not have any birthdays. They celebrate his commemoration day on Rishi Panchami Dinam on which his five children (Five Rishis) came together to pray to illustrious father.

The festival is primarily observed by shops, factories, and industries. On this occasion, workers of factories and industrial areas worship their tools and offer prayers to Lord Vishwakarma to keep their livelihoods secure. They pray for the smooth functioning of machines and refrain from using their tools on the day of Vishwakarma Puja.

On this occasion, pictures and special statues of Lord Vishwakarma are installed in factories and workplaces. The day is mainly celebrated in the Eastern part of the country in states such as West Bengal, Assam, Odisha, Tripura, Bihar, and Jharkhand. India’s neighbor, Nepal also celebrates Vishwakarma Puja.