Importance of Cow In Indian Culture 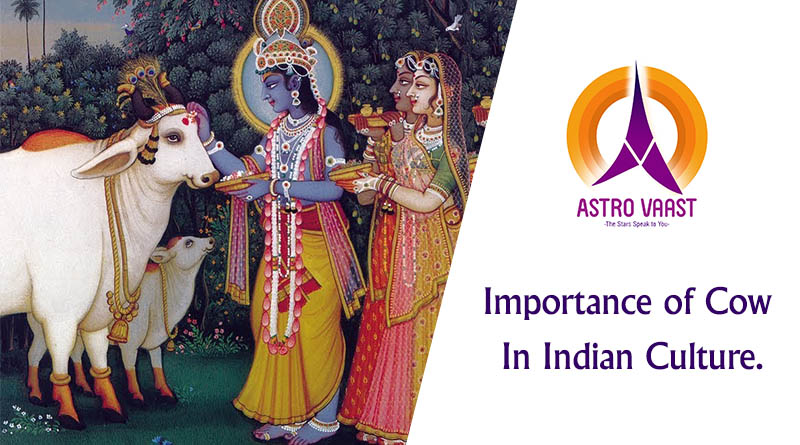 The concept in Hinduism is that the cow is a symbol of divine and natural beneficence.

The cow has also been linked to several gods, including Shiva (whose mount is a bull),

The origins of cow worship can be traced back to the Vedic period (second millennium–seventh century BCE).

The usage of the panchagavya, the five products of the cow—milk, curd, butter, urine, and dung—in rites of healing,

purification,  indicates the degree of respect accorded the cow.

Cow slaughter was made a criminal offense by the Gupta emperors in the middle of the first millennium CE.he significance of cows in Indian society is firmly established in the country’s past as a Hindu majority country; we’ve compiled a list of 6 religious and cultural reasons for their relevance.

Ahimsa is a basic Hindu principle that is also found in Buddhism and Jainism. The meaning of ahimsa prohibits humans from harming other living beings, as all living creatures contain the spark of divine spiritual energy.

Lord Krishna’s childhood is spent in a cow farming community. Cows appear frequently in Lord Krishna’s life stories, which are considered as the practical value of cows to human civilization.

The Bhagavad-Gita, Lord Krishna’s book of human life instruction, also teaches that caring for cows is a necessary human responsibility.

This is a holiday dedicated to the celebration of cows, and it is one of the many festivals that make up the Hindu calendar.

This event celebratesLord Krishna’s coming of age when his father entrusted him with the care of Vrindavan’s cows. Those who participate in the celebration bathe and clean cows, as well as give prayers and offerings to them, during Gopastami. This annual festival serves as a reminder of the significance of cows.

Cows are highly revered in India due to the practical applications of the milk and other products they produce.

Cows are revered by Hindus as a mother figure, and they are frequently referred to as “Givers of life.” Cows are associated with Aditi, the mother of Gods, who is frequently represented in the form of a cow since both Aditi and the cow are thought to possess nurturing qualities. As a result, the concept of killing or hurting a cow is fiercely condemned.

Cow protection is claimed to be a central feature of Hinduism” according to Mahatma Gandhi. Gandhi related cow preservation to the protection of the poor and vulnerable in his teachings, identifying cows as the “personification of innocence.”

Gandhi’s teachings condemn the mistreatment of cows to such an extent that he claims that “no one who does not believe in cow preservation can be a Hindu.”